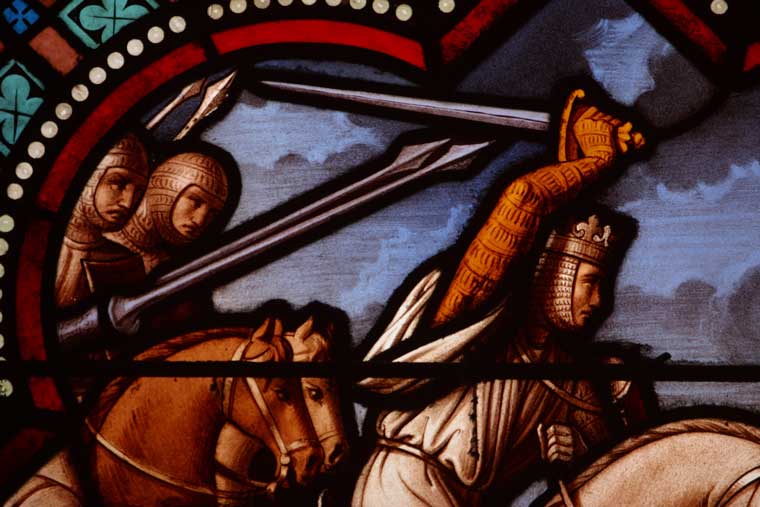 “Let’s Take This Outside”

When the Bus Ministry Leader asked the Head Deacon if he wanted to “take the vote out into the parking lot” at the church’s monthly business meeting, any illusions that I was attending a peaceful country church were shattered. Before this exchange, all I knew of our church centered around the preaching of the Gospel, and the care for the less fortunate. In a few short moments, the veneer of health and unity was stripped away and the deep, sinful dysfunction of the church was made evident.

Men I had thought cared only for the spread of the gospel, showed themselves to be most interested in the wielding of influence and power. It was my first church fight. I was a new Christian and barely 13 years old.

By God’s grace that business meeting was not the end of my walk with Christ, but I was damaged. It shaped the way I see relationships in the church, and has influenced my convictions on how the church should be governed (hint: preteens have no business in business meetings). Since then I’ve seen and heard even worse–shameful divisions that have no place in the household of God.

My father, who was baptized shortly after me, has a saying: “Baptists only love two things: fightin’ and eatin’.”  He spoke plainly from experience. I can’t say that I blame him.

With so many churches, denominations, and networks being broken by infighting, you would think that those of us in the Church would be weary of conflict. The opposite seems to be true. Without fail, online conversation about the church seems to be centered around some disagreement, some scandal, or some personal vendetta. When was the last time you saw a story of church reconciliation go viral on Twitter? As much as we say we hate conflict in the church, there is an ugly truth: on some level we seem to enjoy it.

In local churches, folk go from person to person speaking gossipy nonsense— or spread their venom through passive-aggressive status updates. Looking outside our churches, we love to tear down ministries and highlight the minor stupidities of pastors across town. Even legitimate concerns can easily morph into something very ugly.

Two verses from Proverbs 26 accuse us here. God warns us about our susceptibility to being lured by gossip:

The words of a whisperer are like delicious morsels; they go down into the inner parts of the body.

The imagery here is vivid. We greedily savor and devour bits of juicy information; they sink down into our soul and we are corrupted. The next shows us that this wallowing in hearsay does nothing but inflame conflict:

For lack of wood the fire goes out, and where there is no whisperer, quarreling ceases.

Those who would spread controversy for the pleasure of controlling potent information are the source of the very kinds of conflict they outwardly condemn. Minor disagreements that could be covered over by mutual appreciation are instead inflated until real damage is done.

For a Good Cause?

You may have noticed that I’ve not yet mentioned any specific issue at stake in our conflicts. We may all agree that many church fights are ridiculous, and we may all proclaim that the church needs to be “unified.” But what does this mean practically? Is there a type of church conflict that is necessary, or even good?  What should we do if a leader in the church is caught defrauding a member of the congregation? If it helps, you can imagine the member as a little old lady who just spent her last dime on the leader’s pyramid scheme. Shouldn’t we be willing to fight for the removal of the dishonest leader, even if he doesn’t want to step down?

We have to acknowledge that, yes, there are fights worth fighting. Church life might need to become heated when important things are at stake.

But who decides what is important, and what is not? Rarely are matters as clear as granny’s pension being stolen. I might draw the line at how much of the church budget should be spent on fancy rocks for a memorial garden on the church lawn, you might think that such a thing is silly, but insist that we should get up in arms over the types of clothes people wear to church. Maybe we don’t agree on how baptisms should be handled. How do we know when an issue is truly important enough to warrant conflict, and how do we move forward when we do?

We Have to Fight

A couple of days ago, I had the privilege to lead our church plant’s first membership class. It was a great time of building real unity among those who are joining. We went over foundational truths of who God is, talked about our distinctives as a local church, and sought to understand what our behaviors as a community of Christians should be. One of the best discussions we held was on how we would handle theological disagreements, personality differences, and various controversies.

The details of this discussion warrants its own post, but I will say this: If we want to experience unity in the church, we have to fight for it. If we want to avoid church-splitting, soul harming conflict, we have to take our discussions out of the realm of darkness and gossip and into the light. A church that sweeps major issues under the rug, pretending that people do not have strong feelings about serious matters will do major harm to its people in the long term, even if peace is temporarily maintained.

The reason my first church nearly destroyed my faith was not because people were fighting; it’s because they weren’t fighting in a godly way. The Deacon and the Bus Minister needed to have words, but they should have had them in a different context with different attitudes.  Instead of soberly contending with one another for the good of our church, they used their words to drunkenly wrestle about, landing stray blows that left innocent bystanders more bloodied than their intended targets. I healed from my wounds, but they could have been avoided all together.

Have you witnessed a good church fight? Have you seen brothers or sisters duke it out, in love? Let’s remember to celebrate when the church handles conflict well.